Member since June 11, 2017
You can navigate to all previous issues with the toolbar at the top of the screen after clicking the link. 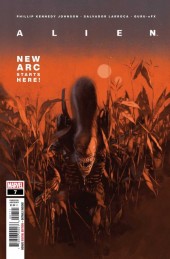 THE SEARCH FOR SANCTUARY BEGINS! A small colony of "Spinners," looking to lead a simpler life, have nearly completed terraforming a moon. A ship crashes into their Eden from the heavens. A terror is unleashed. 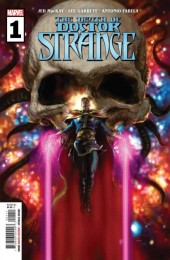 CHAPTER ONE: THE STRANGE DAY / CHAPTER TWO: THE LONELY DEATH OF DOCTOR STEPHEN STRANGE
DEATH COMES FOR THE SORCERER SUPREME! Doctor Stephen Strange is the world’s greatest neurosurgeon and Earth’s Sorcerer Supreme. He defends our planet from the supernatural and interdimensional threats no other hero is equipped to handle. But what would happen if he unexpectedly died? Who would protect Earth and keep the mystical evils at bay? And most importantly…who killed Stephen Strange?! The final chapter in the life of Doctor Strange starts here by Jed MacKay (MOON KNIGHT, BLACK CAT) and Lee Garbett (CAPTAIN MARVEL)! 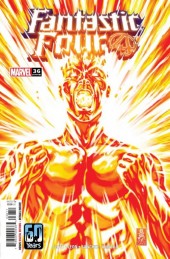 FLAME ON
The fallout from THE BRIDE OF DOOM and DEATH IN 4 DIMENSIONS can still be felt! And now the 60th anniversary of the Fantastic Four has led to THIS! 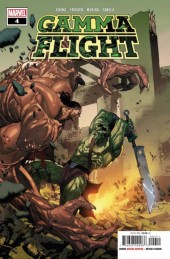 UNFINISHED BUSINESS
CHILDREN OF MONSTERS! Skaar, the son of Hulk, and Dionne, daughter of [REDACTED]. Get the origin story of the Marvel Universe’s newest, deadliest gamma mutate! Plus: Absorbing Man pushes his abilities to the max — and it goes badly. Rick Jones and Del Frye make a desperate move — that grants them new, horrifying abilities. This team of Hulk hunters is breaking apart…and their enemy knows it. Don’t miss this issue’s immortal revelations! 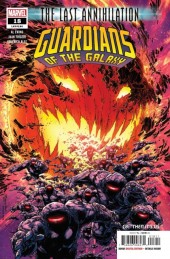 THEN IT'S US.
THE LAST ANNIHILATION CONCLUDES! The Guardians and their allies are being overrun on all fronts by the Mindless Armies of Dormammu. There’s only one hope for the galaxy as we know it. ROCKET RACCOON has a plan. All he needs to know is Dormammu’s weak spot. Dormammu doesn’t have a weak spot. Uh-oh. 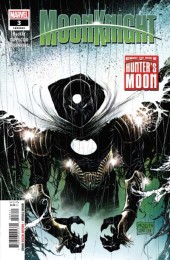 TWO-FISTED
An apostate priest, Moon Knight has taken on Khonshu's duty as his own. To the people he protects, this is a blessing. To Hunter's Moon, this is sacrilege. It is no small thing, to betray a god and take on his role. And when the Fist of Khonshu offers shelter to vampires, the ancient enemies of the Moon God? The Moon Knight requires correction, and Hunter's Moon will bring him back to the right path - whatever it might take. 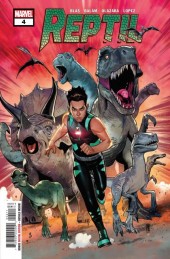 REPTIL'S LAST STAND! Three cousins in a race against time as Megalith closes in and springs the final stage of his plans… Two mysterious amulets that hold a world-shattering secret between them… One hero standing between complete catastrophe and peace—and only one chance to get it right. Don't miss out on this momentous finale! 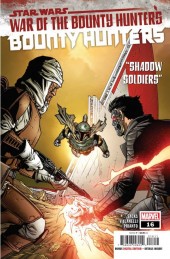 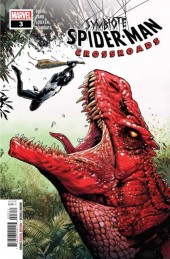 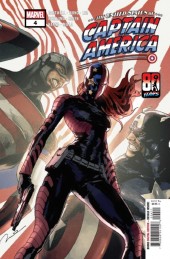 I HATE IT WHEN THIS HAPPENS / THE HALLOWEEN PARTY
John Walker (A.K.A. the U.S.Agent) and Bucky Barnes (A.K.A. the Winter Soldier) join the fight against a vicious Captain America impostor and his shadowy patrons. As the chase leads them to interrupt a break-in at one of the most secure facilities in the country, the true magnitude of the forces arrayed against them finally becomes clear. But are they too late to stop what’s already been put in motion?

Also introducing Arielle Agbayani, the campus Captain America! When her college turns a blind eye to rich kids behaving badly, she springs into action — and she’s not afraid to fight dirty. 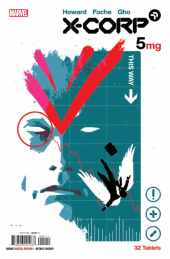 CLOSING COSTS
HOSTILE TAKEOVER! It’s impossible to succeed in business without making a few enemies. Noblesse Pharmaceuticals sends their most cutthroat team against X-CORP once and for all, and they’ve come to collect. 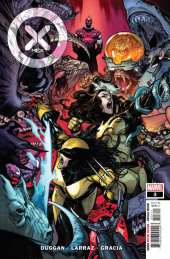 FEARLESS, CHAPTER THREE: PROBLEMATIC FAN
EVOLUTION IS THE ENEMY! The X-Men are no strangers to being targeted for their genes…but when the High Evolutionary returns with his brand of unnatural selection, the survival of the whole planet is at stake! 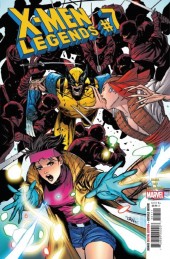 WOLVERINE. JUBILEE. HAMA. Any way you slice it, the ultimate team-up is back, bub! Comics legend Larry Hama returns to his run on WOLVERINE, with the start of an all-new adventure that will pit the man formerly known as WEAPON X, and fan-favorite JUBILEE, against a host of their deadliest foes! When two young mutants disappear, our heroes set off for Japan to track them down. But LADY DEATHSTRIKE and THE HAND have their own designs on the duo, and it’ll take no small measure of blood, sweat and adamantium to change their minds! Illustrated by the incomparable Billy Tan, get set for the start of a deadly international mutant conflict! 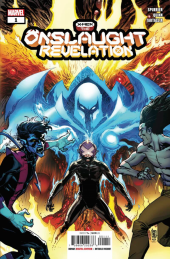 ALTAR/PIECE ALTER/PEACE
YOU HAVE STRAYED FROM THE WAY OF X. THE ONSLAUGHT IS UPON YOU! The X-Men’s greatest foe, mutantkind’s primal evil, slithers in the minds of its most senior leaders… The kids whisper of the CRUCI-BALL: a party to end all parties. A party to end everything. The seals are broken, the trumpets have sounded; only a small band of eccentric mutants can hope to break the fall… Can Nightcrawler light the spark that will drive out the shadows…or will Krakoa slip into the abyss…?

https://comiconlinefree.net/x-men-onslaught-revelation/issue-Full
The Lion does not give a fuck. Bring. More. Sheep.

Member since November 1, 2020
I don't understand how these websites don't get immediately shut down.

Member since June 11, 2017
Because there are bigger problems in the world than ipt.
The Lion does not give a fuck. Bring. More. Sheep.

Member since November 1, 2020
Disney is usually really sensitive about that sort of thing.

Member since June 11, 2017
They actually don't care because they make literally nothing off of physical comic book sales. It's free advertising for them for all the products they really want you to buy and to make sure you're invested in seeing their movies and then also buying even more products. These sites have existed for a long time and popular links get millions of hits each month. These sites probably share their pop-up advertising revenue with the publishers or they just consider it smarter and more profitable not to pursue them.

The last time I heard of Marvel issuing takedown orders was back in 2009. Comic book sales are pitiful compared to what they used to be. There's no money to be made there, the only people making money off physical comic books are the writers and artists plus it keeps a lot of other people employed in steady supporting jobs. They make some money from tpb collections, but merchandising is everything to Marvel. It's simply good for business to let these sites exist and reap the rewards down the line in other areas from the brand.

Marvel is lucky to even exist, and Disney is even luckier that they survived past the 70's so they could eventually suck them up and start making real money. Marvel was almost out of business in 1977 and was saved entirely because they managed to acquire the rights to a comic version of Star Wars, which was the biggest thing on the planet back then.
The Lion does not give a fuck. Bring. More. Sheep.

Member since November 1, 2020
I've read for a long time that comics were loss leaders but didn't know they were okay with giving them away. That's fine by me though. I remember when htmlcomics.com went down. The guy said he had some legal right by claiming to be a library but it seemed obvious he was going to get busted. I guess he was ahead of his time.

Member since June 11, 2017
They made more money off Avengers Endgame than off sales of every single comic ever published combined. They are probably doing something right with their strategy. If they sold 50,000 copies a month of a comic title @ say .10 profit per book that's nothing. Maybe they make a million dollars a year in profits from the physical sales across all titles, but the truth is they are more likely losing money off them. Overall not even worth staying in business for, but then they release 3 films a year making 100's of millions each + at least that much again in merchandising.
The Lion does not give a fuck. Bring. More. Sheep.
▲ Top