"We just need the time to step back and really absorb what George has created, and then start to think about where things might go. That's what we've been doing, and we've been having a great deal of fun doing it, and meeting with lots of different filmmakers and talent," Kennedy said in a recent interview with The Wrap.

She says Disney are stepping back from new Star Wars projects, which they wouldn't be doing if the sequel trilogy was successful. She knows she screwed it up. She should be stepping down, not back.

Member since January 18, 2019
Star Wars is alive and well and will be for the foreseeable future. All the worst decisions made in the last ten years were made by the hack J.J. Abrams.

Member since August 6, 2020
But those movies still exist and can be evaluated later on in history. That story is over now.
I'm not even a Star Wars fan anymore. I'm done with that stuff.
https://youtu.be/iPUwtyZglQI

And who's bright idea was it to hire JJ?

Member since January 18, 2019
If grossing over a billion at the box office with its latest film and garnering tons of Emmy nominations for the latest TV venture is what a franchise looks like when it is dying, then I can assure you the goal of every studio on the planet is to have a dying franchise just like Star Wars.

Member since January 18, 2019
No offense, but she didn't say that Star Wars is dead, so you are pretty much ignoring her word, aren't you?

Member since January 23, 2020
If they were happy with the performance of the Star Wars sequels they wouldn't be putting the series on hold and they wouldn't have cancelled so many of the planned movies. The movies failed, critically, artistically, and commercially. It can't even be debated.

All the worst decisions made in the last ten years were made by the hack J.J. Abrams.

Who is the one in charge? Who had final say on the story and characters, which were all terrible?

Member since January 18, 2019
You said Star Wars had been killed. In direct contradiction to this, the last movie made a lot of money (even though it sucked) and the last TV series was a critical and commercial success.

Member since January 23, 2020
So they are halting Star Wars movie production because it is so successful and they hate making money? You are delusional. 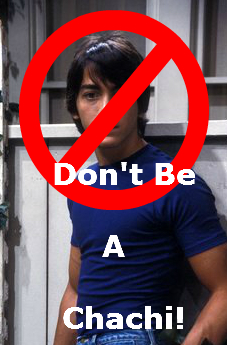 Member since January 18, 2019
If you are even barely suggesting the last film didn't make a profit, you are a fucking drooling moron.

Member since July 21, 2020
Most now agree (even wet ends like yourself

) that the dung heap known as ROS netted no more than 300 million. Like I said…gross ain't net Chachi

Member since July 21, 2020
Oh no…I think I struck a nerve. Must have happened when you googled the ROS figures

Member since February 19, 2018
She's a moron who fucked up the whole franchise by trying desperately to make it a "woke" Mary Sue story. She should be fired.

Member since February 19, 2018
Damn! I was SO close! Thanks, ya young whippersnapper.

Member since August 25, 2020
Disney should give star wars back if they dont plan to continue it. Not that I care, as far as im concerned it died after Return of Jedi.

Member since April 28, 2020
Guess she went for women empowerment without much story line? I thought the sequels were good.. It was cool having a girl use the Force!
Hello

Member since December 22, 2020
I realize that I am going to get bullied, attacked, insulted, disrespected, and be Absolutely DESTROYED for saying what I am about to say below but I will still say it anyway.


First off, I do not think that "STAR WARS" is dead and the proof is called "THE MANDALORIAN".

Secondly, I honestly think that what is killing "STAR WARS" right now are 3 things which I will list below.


I think that all 3 of them are killing the "STAR WARS" Franchise right now.


Honestly, I think that Kathleen Kennedy should either be fired or just not have her contract renewed when it is up and then she should be replaced by both Jon Favreau and Dave Filoni.