Actually surprisingly decent! A movie shot in corona lockdown period, about a bunch of people doing a séance during isolation, but one of them lies about the person she's trying to contact, which unleashes all unholy fuck.

A simple movie, presented in Zoom conference format, and it's not too shabby for what it is. Clocking in at 57min, it isn't even a tax on time.

Member since May 22, 2019
Considering what they had to work with, I thought they did a good job.

Member since March 7, 2020
I watched this one yesterday and it turned out better then I thought it would. Duh me because the clues were there before the end https://filmboards.com/board/p/3315391/

Member since March 7, 2020
It is so damn hard to find good horror. I like watching when I get in bed at night. I am amazed I do not have nightmares lol

It depends what you're in the mood for. I'm so desensitised it takes something "else" to make me fangirl.

I look to older stuff as well, and I randomly pick years to go on discovery journeys, so I invariably find something to make me happy.

This is definitely the better of the lockdown movies I have seen so far, which, granted, aren't many just yet. It's gotta be hard trying to produce something good horror wise without proper CREW around.

This is definitely the better of the lockdown movies I have seen so far, which, granted, aren't many just yet. It's gotta be hard trying to produce something good horror wise without proper CREW around.

I recently saw Clown for the first time and wondered how the hell it escaped me before. GODDAMN, I love the the clowns.

Member since March 7, 2020
IT is about as far as I go lol I can tolerate it if the story is really really good.

Member since May 22, 2019
Soooo…you probably haven't seen my fav killer clown movie then.

Member since March 7, 2020
I will watch the first one tomorrow and see if I don't get too grossed out lol

Member since March 7, 2020
Bill playing IT has me all kinds of conflicted

I guess it counts as a found footage since it's all a Zoom session.

The ending credits were even kind of cute. They made it look like a list of contacts.

Member since October 4, 2017
A lot of horror movies I saw are like that, though I didn't think I saw many but then again maybe if like this..

I also noticed the old-fashioned computer type, with the blinking line at the end, I think, interesting to go back to the feeling of those days.

It looks a bit simply sadistic, more than some things… but right for a horror movie. Just saying from someone who's seen and heard supernatural things… it seems very cute but not sure if it's real in anyone's experiences. I used to watch "Ghost Adventures" a lot, but we don't get the regular TV anymore, though they may be online. They catch real footage of voices, and sometimes it's interesting to me in certain ways.

I'm glad you are finding things you like and finally someone talking serious about horror movie liking. I know other people like it, but you seem to really like it. It's one of my favorite genres, topped so far by fantasy. Animation is okay, too. Fantasy seems non-existent, as I've said, because it's all become science fiction aficionado interest. Horror stories are more like fantasy in that they have clowns and appeal to things like the 6th sense and escapes from reality outside of scientific academia work.
Eurasian ⦿ Chinese-Indonesian ◦ "Anglo" + real Irish ◦ German ◦ Dutch ◦ French ⦿ Blog

Member since May 22, 2019
Do you mean stuff like Unfriended? That was basically all web cam stuff.

This one started out cute, but then got a little "oh boy, this isn't going to end well…"

Thank you! I'm glad you appreciate me going on and on and ON about horror. It's just something I've always loved, ever since I was a kid and it stayed with me until now, and probably will my whole life.

Oh hey, I think there still are some fantasy things coming out. I can have a look around and see what there is nowadays if you like. It might not have the same volume as horror though, I think because it's probably more expensive to produce a fantasy movie than it is to produce a horror one (of course, depending on what you're aiming for in horror), but with fantasy it's often hard to make all those things look real.

Have you seen a Norwegian movie called Trolljegeren? It will of course have subtitles, but that's one I thought was more fantasy than horror, and it had a very subtle comedic edge to it.

This one sounds exciting, in a certain way.

Glad you like horror, it's pretty cool! It must have been quite an experience as a kid. I was scared before entering part of the Haunted Mansion at Disney World when I was already 10 years old, at the last moment.

I have not seen the Norwegian film Trolljegeren. Looks cute.

Here are some things that come close: 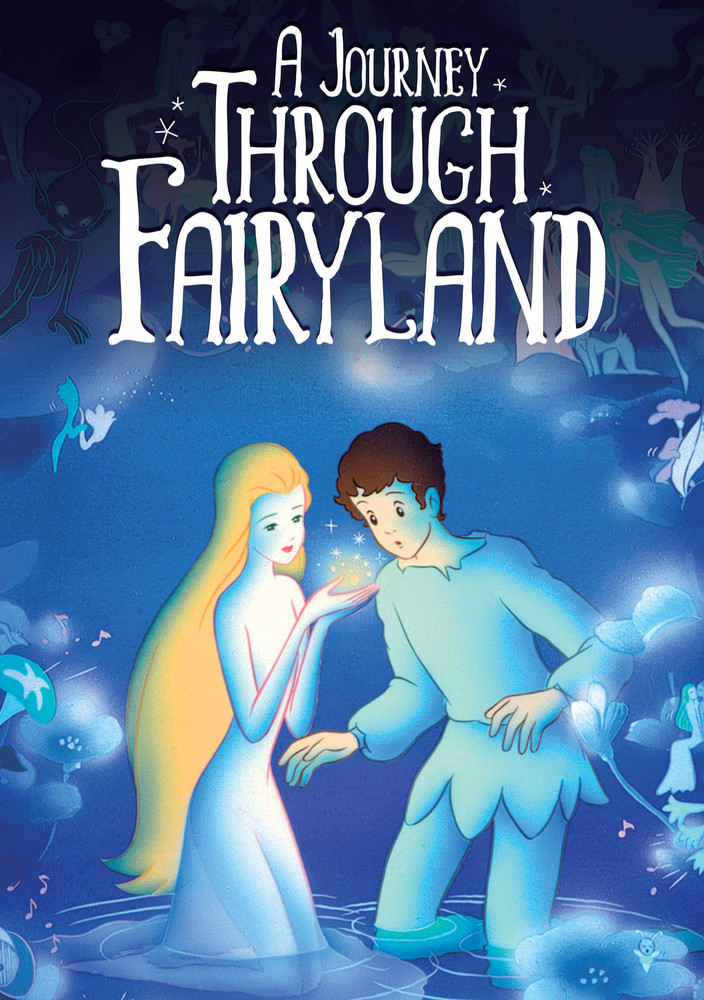 These are random videos I had as a kid. Then, you start to think of things like Disney and other kids's movies you may have come into contact with! Some might not be real, but like "Looney Tunes" which was popular isn't really fantasy because it's so satirical.

Inside Out seems like a fantasy movie, just a little more annoying than things such as what I posted.

There are fantasy books, but some seem too serious and annoying in modern ways. I haven't come across many I read.

Toys for children are usually fantasy. I know some kids who were young at the time were not allowed to watch Harry Potter, like my aunt with her daughter born in 1991.

Children's entertainment is often some form of fantasy with learning opportunities in it. Take "Blue's Clues."

Some of my art, which is not much, has been like fantasy.

Playing classical music and some other music is like a fantasy escape, which I mean is cool as you can see I do it but do feel left out because I was told to not do Singing or Music Education in college after a year because they claimed I was too shy. I tried to finish General Studies and decided to try to get into Hollywood, which would give me money to take private ballet, get my own organ to play, etc. I didn't get in. I wanted to play with other people more, so I switched from piano to violin, had been singing since I quit piano back then, and did violin, at age 29. I didn't get to practice enough because I had some problems. So, I'm just practicing on my own and going to college from home, registering for this semester I probably can, for a Bachelor's degree in German, a 4 year degree. I did wonder about countries they had at Harvard for example having Scandinavian to study. Many colleges don't have German but have other languages. The most popular are Spanish and usually French.

So, glad you are liking horror. I like fantasy, but I still have enjoyed horror so far, going to the theater to see when they came out if I had money. I don't get TV in my room now, but there must be some way for me to catch the new releases.
Eurasian ⦿ Chinese-Indonesian ◦ "Anglo" + real Irish ◦ German ◦ Dutch ◦ French ⦿ Blog

Member since November 19, 2017
This looks pretty cool.
Leoda Richards. The little old grandma lady who was in everything.

Member since August 6, 2020
Yeah okay Loki, you crazy person thinking that you are the actor that plays a pathetic villain in a comic book series about a guy that has a giant toy hammer.
https://youtu.be/iPUwtyZglQI

no, I have no such delusions, and I don't use his Marvel image as my avatar. You also appear to be confusing Marvel comics and movies with the Elder and Poetic Eddas, which have existed for hundreds of years.

I don't think we have much to say to each other so you keep doing whatever it is you're doing and I'll carry on doing what I am doing. And leave it at that.

Member since April 7, 2021
Poppycock! Nothing predates Marvel comics. The universe began when Stan Lee sprang into existence and started creating the only true universe. The Marvel Cinematic Universe.

Member since October 20, 2020
It was pretty well done. Very creative to use not just the current technology, but the current state of affairs. Kudos.
Satan is a little man.
▲ Top