I'm a tad confused. I'm seeing this on Netflix, but it's listed as CBS. Is it just that Netflix picked it up?

Anyone seen it yet? Any good?
"Do you love my insides? The parts you can't see? Eyeballs to entrails, my sweet?" ~~ Drusilla

Member since April 16, 2019
It's a year old, so I wasn't sure about that. Then I saw it got picked up for a second season.
"Do you love my insides? The parts you can't see? Eyeballs to entrails, my sweet?" ~~ Drusilla

Member since April 16, 2019
It's on my viewing list for October horror viewing!
"Do you love my insides? The parts you can't see? Eyeballs to entrails, my sweet?" ~~ Drusilla

Member since March 22, 2018
I just got done with a rewatch of Season 1 and turned a friend on to it. She loves it!

It airs on CBS but Netflix is now showing it as well. They will be filming Season 2 soon.

Member since April 16, 2019
I've got it on my queue for watching. I've heard really good things about it, so I'm excited to watch it. October is (obviously!) my mostest favouritest month evah, so I totally binge out on horror movies.

I was just confused because I saw the CBS on it, and saw 2019, then saw it as "new on Netflix" and wasn't sure if it was the same "Evil" that I was being told about. lol
"Do you love my insides? The parts you can't see? Eyeballs to entrails, my sweet?" ~~ Drusilla 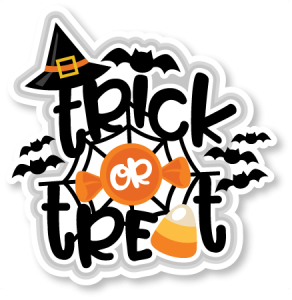 Member since July 16, 2019
I'm loving the show so far! I just finished with the fourth episode and wow, talk about how dark this show is! The last few minutes of the fourth episode got me a bit depressed because the boy who had psychopathic tendencies was killed by his parents simply because he was endangering his family. The help was on the way, but his parents took an easy way out to protect their family from one bad child. But man, they were so close…..

I guess sometimes evil win. It happened off-screen but the strong implication made the scenes depressing and haunting.

I know it's only four episodes so far for me, but what I like about this show is that it focuses on evil itself and it's rather grounded, especially with technology (like digital evil) than making it supernatural (It's ALMOST supernatural, but it's more of a psychological crime/horror). Maybe if I keep watching, it would shift in different direction, so who knows. But yeah. I'd recommend this show.
If I get pulled over, it better be a gay policeman riding on a unicorn.

Member since April 16, 2019
I just started watching the first episode. My, my, my, they just jumped right into it with Roy, didn't they? Holy shit! (no pun)
"Do you love my insides? The parts you can't see? Eyeballs to entrails, my sweet?" ~~ Drusilla

I thought: A priest who believes in the supernatural while working with psychologist who's a skeptical? It reminds me of X-Files team.

I'm all caught up with the show and the last minute of the season finale…..? What the fuck? This season had me scratching my head. There are some thing they can be easily explained rationally, but some other things? So they're supernatural or just perfectly setup without any flaws? Are they seeing it in real life or just in their head? I don't know!

I'm eagerly waiting for the second season. I like the theme where the beliefs of science and supernatural clash. Especially the exorcism scene.

Ah, the drama. It feeds my insatiable thirst.
If I get pulled over, it better be a gay policeman riding on a unicorn.

Member since April 16, 2019
Exactly! I thought of the X-Files as well. It's a very nice balance of being able to use science to explain pretty much everything. That's where Ben the Magnificent comes in. But there's still enough of a supernatural element going on (like Leland and his therapy session! How about that, eh?)…and many of them seem to be a combination with unanswered questions. Like Eric, and all the kids from the IVF facility.

YES, the very last shot when she picked up the rosary, I was like WTF??? Where? How? What? When? WTF? A lot of stuff is done off screen as well which leaves so much to the imagination (you've got blood on your leg…)

Can't wait to see season 2!
"Do you love my insides? The parts you can't see? Eyeballs to entrails, my sweet?" ~~ Drusilla

Member since July 16, 2019
Ben the Magnificent is a great character. I love how he can explain many "supernatural" things with rational explanation but there are a few things he couldn't figure out, like the miracle at the hospital and the supposedly haunted bluetooth speaker. I remember he was still fussing over them. Poor Ben.

Like his love interest said once, he can't find explanation for everything. I remember I thought he was on point with the whispering in the first episode because I heard the similar thing and turned out, it was from the AC air vent.

I must admit, I was a bit disappointed that it's not supernatural, but part of me relieved that it wasn't. Once at night, I was alone and my ex-roommate was out of town, I thought I heard something fell. Then an hour later, I was in the area where I hear the noise. Turned out it was a ice maker doing its job in the fridge. My ex-roomie came home a few nights later and she never heard of this sound and it freaked her out slightly. She thought it was me but I was sleeping. Next morning, I told her about the noise I thought was supernatural but turned out it was the ice maker, she let out a sigh of relief and she said she heard it too. Poor girl.

I do believe in supernatural, but I don't just immediately jump into conclusion that it's supernatural unless if there's no rational explanation. I even saw ghosts when I was a kid (to adults, it was my "imaginary friends").

Anyway, I agree about Leland's therapy session. I did not see that coming.

When it was revealed, I thought "That's the same thing Kristen saw!! Holy shit!" Does this mean, that's real? Or was it psychologically manifested to suit him based on the therapy notes he stole from Kristen's therapist? Who knows….Oh, what about the little girl who was mistaken as the different girl on episode, where Kristen's daughters were having sleepover party?

Yes! That blood! I remember thinking, "Omg, did she do it?". I remember the fourth episode heavily foreshadowed this, when the grieved mother said she'd do anything to keep her family safe especially with heavy implications that she and her husband killed Eric. It's chilling.

Member since March 7, 2020
you all are not going to like the season finale. btw why are u all waiting for netflix when it is on cbs?

Member since March 7, 2020
It is streaming,CBS All Access. Put your foot in your mouth there,didn't you? 🙄

CBS All Access is an American streaming video service owned and operated by CBS Interactive, a subsidiary of ViacomCBS. It offers original content, content newly aired on CBS's broadcast properties, and content from the ViacomCBS library.

Member since July 16, 2019
I thought I read the other article that the show had been transformed into the Netflix originals but turns out it's only about the first season airing on Netflix. lol It's #4 in ranking of the top 10, last time I checked.

As for me, I love the season finale because of the final twist. It set up perfectly for the second season.
If I get pulled over, it better be a gay policeman riding on a unicorn.

Frankly, I hope he is. It's heavily implied he is according to the reaction from the cross on her hand.
If I get pulled over, it better be a gay policeman riding on a unicorn.

Member since March 7, 2020
I need to revisit the finale. I just hope she isnt posessed

You know, thinking that, maybe I should go to the church and see if I can dip my hand in holy water. If it sizzles, then we have a problem. I don't mean "sin being a problem" kind of a problem but the kind where priests would would whip their head in my direction like I'm a prey, chase after me, tackle me down, drag me back into the church, and try to baptize me. I'd probably let out demonic scream and my head spinning and after all that is done, I'd leave the church looking like Jesus reborn with choir singing in background, singing about Second Coming of Lord.

"Do you love my insides? The parts you can't see? Eyeballs to entrails, my sweet?" ~~ Drusilla

Member since April 16, 2019
Wait, I'm confused. Is WHO dead? @TheBookMark same question, is WHO dead?

What did I miss?
"Do you love my insides? The parts you can't see? Eyeballs to entrails, my sweet?" ~~ Drusilla

Member since July 16, 2019
I know but I don't know. Who is this person? It's a shape of a being who walks, eats, and sleeps. It's a fascinating thing, a person. It can be evil or good. It can be sick or carrying children to continue the generation.

Just kidding! I believe it was that creepy (but kinda good looking) dude in the first episode. Orson/Roy. She may have killed him or kidnapped him and tie him up somewhere, hence the blood on her leg one scene in the season finale.
If I get pulled over, it better be a gay policeman riding on a unicorn.

Member since April 16, 2019
Ooohhhh, HIM! Oh yeah, totally, he's dead. Her detective friend called her and told her that he was found dead, remember?
"Do you love my insides? The parts you can't see? Eyeballs to entrails, my sweet?" ~~ Drusilla

Member since July 16, 2019
OH, that's right. I just remembered this. I was too focused on the rosary twist at the end.

Member since October 1, 2020
Okay Lilith. I may as well give that one a try as well. Let me watch the first episode.

Member since September 3, 2017
The daughters are funny cute when they all talk at once.
▲ Top