Are All Men Pedophiles? : Woody Allen and Roman Polanski

Member since December 2003
Woody Allen famously (or infamously) ran off in the early 90's with his then-girlfriend's 21-year-old daughter. This was definitely a sleazy thing to do. However, he then got accused of molesting his OWN 7-year-old daughter. Maybe he was guilty; nobody really knows. The point is it simply doesn't follow that because a middle-age man would have sex with an attractive 21 year old, that he would ALSO molest a 7-year-old blood relative. Many guys might like their girlfriends to wear high-heel pumps to bed, but that doesn't automatically mean they are dangerous perverts who would tackle a strange woman on the street and steal her shoes. This is kind of the point of this documentary--you can't just CONFLATE the normal desires of all males with the dangerous desires of pedophiles and other violent perverts.

The Woody Allen thing came up again when Mariel Hemingway recently revealed (for some reason) the director hit on her when she was 18 while filming "Manhattan". But a lot of guys might hit on a pretty 18 year old, and probably no straight guy would turn one down. At best this proves Woody Allen might have been an ephebophile (a person with a perverse attraction to teenagers) in the 1970's, but you could draw THAT conclusion simply from the fact that he made "Manhattan" and it was somewhat autobiographical. The problem is pretty much ALL men are somewhat attracted to older teenage girls--an ephebophile simply PREFERS teenage girls to older women. But the salient point is NEITHER of them is necessarily a pedophile. Again, whether Allen is guilty of molesting his daughter or not, it is anti-male bullsh!t to assume the Hemingway incident "proves" anything at all.

And yes, I know Allen's now-adult daughter still claims to have been molested. But there unfortunately are clear cases of false memories being implanted in children and even adults. But again, the point is not whether Allen is guilty, the point is simply being a heterosexual MALE with questionable sexual morals does not automatically make him guilty of being an incestuous child molester.

Member since December 2003
Unlike Woody Allen, Roman Polanski clearly WAS guilty of a sex crime in the 1970's. But the sex crime was statutory rape since his victim was a sexually active teenager and not a child--or maybe it was actual rape since there were drugs and alcohol involved and the girl couldn't give even an "underage consent". It is NOT that useful to call him a pedophile though. There's no evidence he ever molested a prepubescent child. He later got involved with an older teenage Nastassja Kinski (kinda hard to blame him for that) and he met his current wife Emanuelle Seigner when she was 17 (ditto), but there is no known string of child-rape victims following him over the last 40 years.

What is interesting though is AMERICA and their driving need to have this 75-year-old French citizen extradited to "face justice". How much justice do you expect him to receive for a 40-year-old sex crime where the victim herself has long-since forgiven him and put it behind her? Moreover, we have A LOT of dangerous pedophiles in the US justice system RIGHT NOW. Does it make any sense at all to give any of them plea bargains and early parole so we can extradite and prosecute a guy in his 70's for a misdemeanor crime committed in 1977, especially when he doesn't seem to have re-offended in the last 30-40 years (and if he has, it's a FRENCH matter)?

Some of the people frothing at the mouth about Polanski might be abuse victim themselves. That's unfortunate, but there's a reason these people are usually barred from juries--they're simply not very rational on this subject. Others I suspect though are MEN who see pictures of Polanski's 13-year-old victim (who easily looked 16 or 17) or a teenage Nastassia Kinski and they feel some natural attraction to them. This in turn makes them feel ashamed (which it really shouldn't) and they transfer this socially unacceptable LUST into much more socially acceptable (especially in America) WRATH against Polanski. The point though isn't whether HE deserves it, the point is WRATH is just as bad as LUST (they're both called "deadly sins") and rational people need to get beyond them. And to forgive others--or at least not be full of irrational hatred towards them--you need to first accept and forgive yourself. But if that's just too preachy, can people at least accept that this is ongoing Polanski bullsh!t is doing NOTHING to protect any actual children in America TODAY and is a total waste of time and money?

Member since April 26, 2020
wait a second isn't it wrong that polanksi has a history of getting with girls 17 or 18 year sold when he was in his 50s? isn't that morally reprehensible?
lukejbarnett

Sort of like you, because the only reason you have brought it up, is because of your own similar perversions.
Norman! What did you put in my tea? 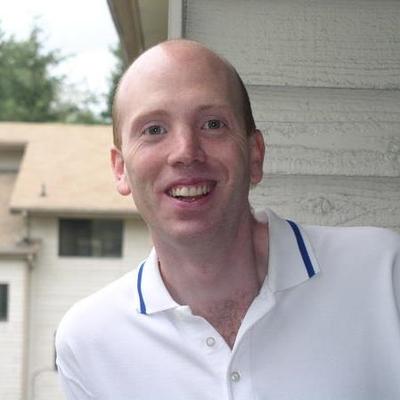 That's unfortunate, but there's a reason these people are usually barred from juries–they're simply not very rational on this subject.

There are many layers and factors involved in this over-sensationalized Polanski underage sex crime. He admitted to what he did, he plead guilty and was offered a legal and binding deal, that was then unethically over-reached by the corrupt judge presiding over his case.

His victims own behavior, she wasn't in-experienced with older men, her lies and her mother's lies about her age, and not to mention how her mother used her 13yr old daughter as bait to get back at Polanski, did not fare well for many of them involved to make a rape case.
Norman! What did you put in my tea?

Member since July 29, 2020
Hello, Toasty! Nice seeing you posting here on this one!

"My life is over. I might as well dance with Johnny Slash!"

Member since July 29, 2020
This is the most intelligent, thought out post I have ever read on the Roman Polanski scandal. I agree with everything the poster says.
"My life is over. I might as well dance with Johnny Slash!"

Member since December 21, 2017
Especially the irrational aspect, which creates all this phony outrage in people just for an excuse to hate on Polanski, for no other reason than they think they have too, for whatever distorted and mismanaged agendas.

Many don't want to see the entire picture, don't like it when the facts are presented before them and fail to recognize Polanski was also a broken man due to prior circumstances in his life, and that he had been corrupted and abused.

The media and the Californian justice system would never ever admit it was inappropriate in the dealings with Polanski, so will play the same familiar tape over and over again to stir the stale porridge pot and keep the brainwashed herd conflicted and confused.
Norman! What did you put in my tea?