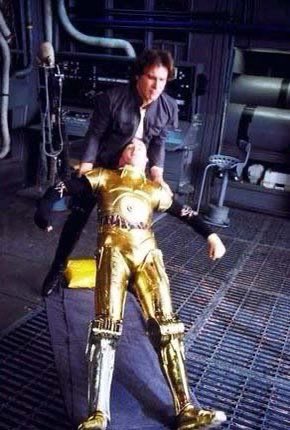 Member since December 22, 2020
A lot of Disney "STAR WARS" Haters like to say that Disney does not understand and ruined "STAR WARS" and that "STAR WARS" is dead now.

I myself Very STRONGLY disagree with that though.

Disney does understand and did not ruin "STAR WARS" and "STAR WARS" is not dead and the proof to all of that is called "THE MANDALORIAN".

Member since June 22, 2018
No!
The success of the mandalorian simply shows that there is still some interest in a franchise that used to command top three status. It's a television show for Christmas sake!!!

The real revelation towards the star wars death spiral is the cancellation of all future motion picture endeavors…that is Superfund level shit son!

Time for some harsh truth Anthony…there is no such a thing as a HATER. There are dissatisfied consumers that have a voice…and those that are displeased by that.

As a dissatisfied fan…I don't attack or belittle other fans. I save that for the "creative minds" responsible for my malcontent.

People who are displeased by consumer backlash often DO call names and "attack" fellow fans. Pablo Hidalgo comes to mind in the upper management at Lucas film. On this thread…well….there is you.

Member since December 22, 2020
If you don't mind me asking you this question, Do you think that we are indeed actually going to see another lightsaber fight between Obi-Wan Kenobi and Darth Vader in this New TV Show ?

Member since November 1, 2017
I very much mind you asking this question because I have no idea who these two characters you are referencing are? Are they from the new park in Disney World?

Member since December 22, 2020
"because I have no idea who these two characters you are referencing are?"


You have no idea who Obi-Wan Kenobi and Darth Vader are ?

LOL, Surely you aren't actually serious about that.

Member since January 16, 2021
I hope this has less fan service than The Mandalorian.

Member since January 23, 2020
A spin off of the prequel movies doesn't give me high hopes.