Member since November 20, 2020
He looks great.
You can too…
@Lara croft
I'm the Knitting Circle's pool boy 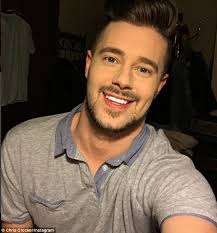 Member since November 20, 2020
Wow. What a great transition. Can't wait to see what Lara will look like afterwards. 🙂
I'm the Knitting Circle's pool boy

Member since April 20, 2021
You're like the film board national enquirer aren't you?

"Then I realized anyone who actually loves me for me, won't be embarrassed and would've shown genuine interest in how long I have felt this way in the first place."

Identifying as a different gender shows that someone doesn't even really love themselves for who they really are.

If trans people really wanted to embrace who they are, then they'd actually embrace who they were born as instead of who they want to be.
When I am king you will be the first against the wall, with your opinion which is of no consequence at all.
▲ Top