I was looking for something on Netflix (since most of it is crap, but hey, free trial) and saw "Voyeur". It could have been made better. It started to go downhill towards the end, when a lot of focus was on the write, Gay Talese, and some discrepancies, but it would have been nice if they would have had someone with an interest in voyeurism going into the psychology of it, or maybe the details of observation.
Watching the watcher is now the new role for this voyeur.

Anyway, I like taboo subjects, and being a curious person, I try to put myself in the position of the author and voyeur (who is married to a dim-wit, but sympathetic character) who is kind of a moron who somehow had success, but then doesn't have the brains to know he's putting himself out there for the world, a reversal, despite having millions of dollars in collector's items, but also a very luxurious house. I've lived in weekly motels and admit I would listen in, mostly because I wanted to know what was going on in the (bad) area… No reason to shy now, but I did hear (it was impossible NOT to hear with this woman screaming) how this woman finds out that her husband or boyfriend was having sexual relations with another man. He must have left soon after because I never saw him again. I remember her screaming something like "I'm almost 50" but she was a little attractive, but this place would not allow visitors, and wouldn't even allow interactions of any sort. Residents weren't allowed to stand around. If you opened up your door, you had to leave the premises…. In another place, I heard this woman (very attractive) knock on my door at 4am asking if I (someone she never met) could go and pick up her kids a few miles away, only to find later that she had a sign on her door asking people NOT to knock. A few weeks later, I moved next door to her, and she was interested in reading books I published, and I kinda wanted to get into her pants, until she told me she was a prostitute (not sure if she told me she was a hooker, but I would guess she was). Maybe it a night we both sat out on the upper floor porch in our chairs side by side, as she's telling me how horny she is when she's not on heroin. I had "thoughts", but I'm sure it would have ended badly, but I survived similar and weird rendezvous here, and also around the world. Which reminds me of a time in Budapest, Hungary when some beautiful blond asked if I wanted sex, just as I was walking to my hostel. I said sure (it was a few hundred forinths, or about $12) and the intercourse wasn't even INSIDE her apartment. No, it was right as you entered the place, with her a few stairs higher than me, for a better angle for penetration. A few days later, some beautiful woman asked if I had pills. I should have given her a vitamin I had back in the hostel, but that's going too far.

Of course, its preferable to watch a documentary, rather than invade someone's privacy and possibly be caught. I might even read the book… 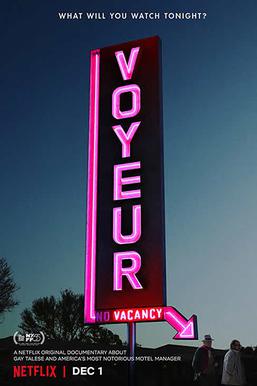 Member since May 14, 2020
No, we voyeur fans have to settle for movies like Crawlspace and Video Voyeur.

Member since March 16, 2019
Check out Rip Torn in "Coming Apart"
Nothing marvelous, but still a great idea.
https://www.imdb.com/title/tt0064180/
https://jimmorrison.freeforums.net/
https://www.scribd.com/document/382737647/MortSahlFan-Song-List

Member since March 16, 2019
How could I forget the best one, peeping tom
https://jimmorrison.freeforums.net/
https://www.scribd.com/document/382737647/MortSahlFan-Song-List

Member since June 24, 2020
There was that movie Dennis Quaid made last year. Unlawful Entry is another. Unsane is another. There are so many. We really should comprise a list and place that list on one of the other boards for everyone's reference.
▲ Top