Member since March 21, 2017
Can't get much more classic than this. Probably the first science fiction movie.

Member since March 16, 2017
Oh, NZer, one of the great, great silent films! The acting is old-fashioned and histrionic, yes, but the direction, cinematography, and art direction are unbelievable. I find it utterly astounding that artists like Lang and his comrades could come up with something so brilliant and innovative when films were really still in their infancy. How did they even conceive this vision, let alone execute it with such perfection?

I feel the same way about the early Busby Berkeley musicals and his aerial kaleidoscopic dance designs. Or Griffith with his introduction and use of different shot sizes, which enabled the removal of theatricality from cinema - in fact, enabled the creation of what we think of as cinema. Or the Russians who took Griffith films apart and reconstructed them to come up with the montage theory. These people were creating the medium at the same time they were making it! It's simply astounding.

And Metropolis is certainly part of that phenomenon. It has been so influential on every science fiction film made since, and yet most people have no idea that films like Blade Runner, for example, are its cinematic heirs.

Member since March 21, 2017
I have a DVD of it, with the missing bits filled in. I watched it again last night, and was blown away, as always, by how utterly MODERN it was. (apart from the acting - as you said)
The robot! amazing - The first sexy robot! - now it's copied all the time.
The music was epic.
Everything about it was stunning.
It may actually have been the best film ever made.

Member since March 16, 2017
Oh, it makes me happy that a young viewer has such love for this early cinematic work of art, and realizes that it is, as you say, so MODERN (my earlier point, in a way, about all those early film endeavors).

I haven't seen it in ages. Maybe I'll find time to take another look at it soon. The acting is a little hard to take, but everything else is so amazing that I just overlook that.

Thank you for posting the thread and for your reply.

Member since March 12, 2017
All of the modern computer graphics garbage cannot compare to this explosion scene:

I love how the workers glide through the air.

Member since March 21, 2017
I really love this film. It is so absolutely unique and brilliant.
Everything but the acting, of course.

Member since March 12, 2017
I think I prefer silent acting. Like Gloria Swanson said in Sunset Boulevard: "We didn't need dialogue. We had faces!"

Member since March 21, 2017
Silent acting needs to be so subtle though. The slightest over emotion can look hammy and ridiculous.

Member since March 12, 2017
I like over emotion I guess. My favorite actor is Klaus Kinski.

Member since March 21, 2017
You like Over-emotion?? You should spend more time on this site!

Only in a lot of the early silent films, but in some cases even then there are performances that can break the heart with their realism. I suggest, for example, Maria Falconetti in La Passion de Jeanne D'Arc (1928), Janet Gaynor in Sunrise (1927), and Lew Ayers in All Quiet on the Western Front (1930), among others.

Later, of course, there were very "modern" actors and actresses like John Garfield, Barbara Stanwyck, Ingrid Bergman, Henry Fonda, Joseph Cotton, Robert Mitchum, Teresa Wright, Dana Andrews, Maureen O'Hara, and Bette Davis, among others, who presaged what was to come with Marlon Brando in A Streetcar Named Desire (1951), when the entire landscape of film acting changed and the stage was set for the De Niros, Streeps, Pacinos, et al, whom we consider the norm today.

There really was some great acting in the classic era. And it isn't so hard to find them either. Very often it depends upon the director.

(And I have to say: there's a lot of histrionic acting today from people who could and ought to do better.)

Member since March 21, 2017
Touched a nerve there spiderwort. Sorry….But you read it wrong. I was talking about the drama and over-acting that occurs here on this site!! Read it again, and you'll see!!

I meant no disrespect. Peace!


(And you are right about the acting of today)

Member since March 16, 2017
I didn't realize there was any over-acting here, so I didn't make that connection or understand your meaning.

In any case, I took no offense whatsoever. Besides, it gave me a chance to talk more about the medium we both love.

Peace to you, too! And glad you're sticking around.

Member since September 8, 2017
At last I actually watched it, and I'm not sure what to think about it

Member since March 16, 2017
It's tough one, isn't it? Such great direction, art direction, cinematography, etc., an interesting story, but with acting so over the top it's sometimes hard not to laugh.

All things considered, however, I still think it's a cinematic masterpiece (emphasis on cinema).

Member since September 8, 2017
The dancing is out of this world😁

Member since March 16, 2017
Just re-read this thread and wanted to add some pictures of the building of the sets (without CGI, green screen, or any other modern technology, and in a medium that was still figuring out/deciding exactly what cinema was). So here are a few examples of the art of film being finessed not long after it was "born." 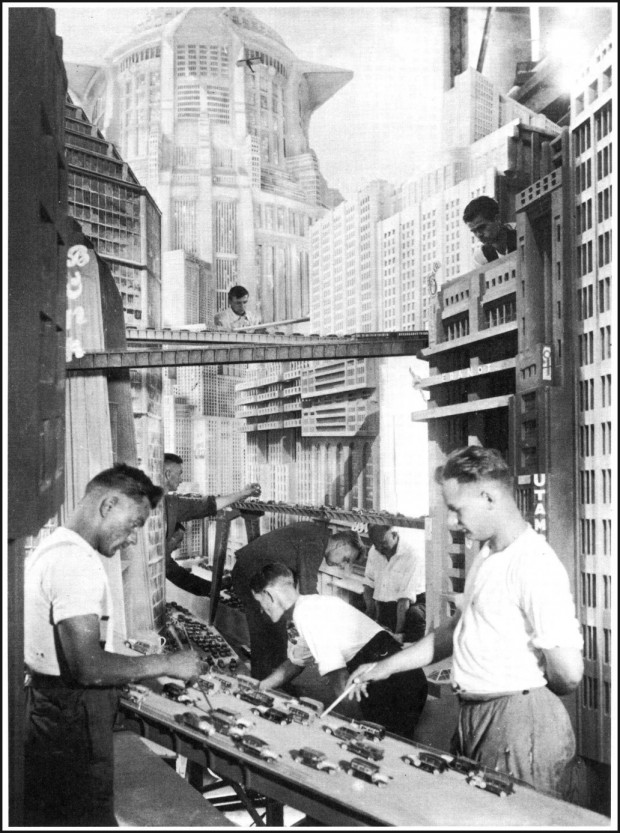 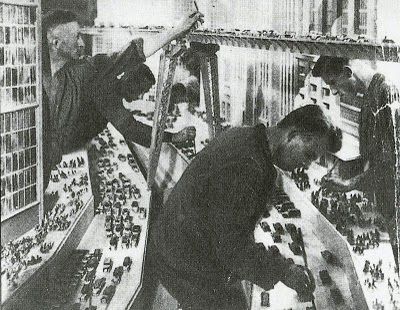 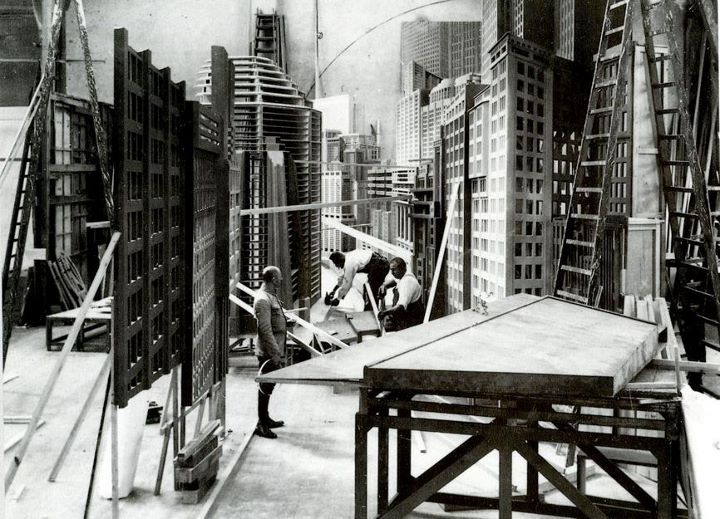 Illustrations in Science and Invention magazine, explaining the special effects for Metropolis (1927) 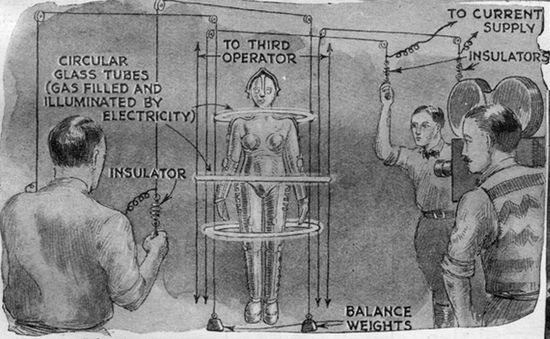 and, finally, director Fritz Lang on the set of his masterpiece

Member since March 16, 2017
Thanks. Did not know that about the "Radio Ga Ga" video. Interesting how so often the old influences the new.